Cyberpunk Books: A Beginner’s Guide To The Genre 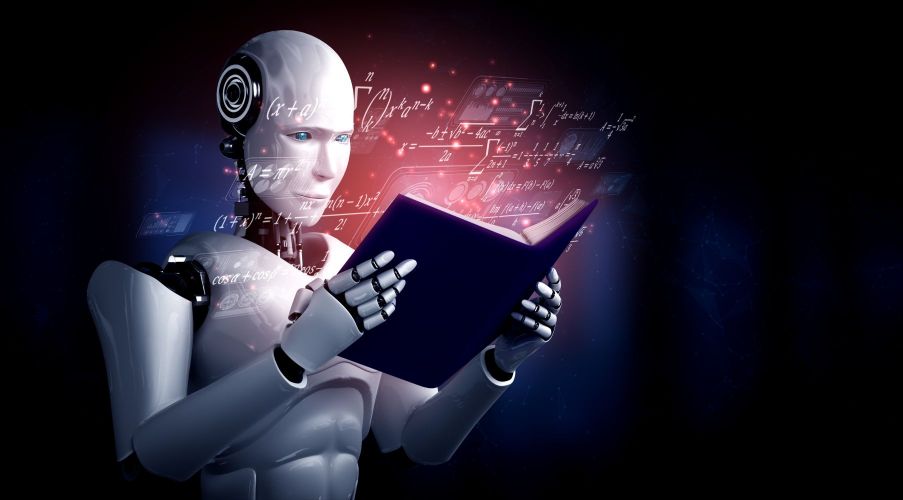 If you love sci-fi movies or any futuristic book or movies, you’ve likely heard of the term cyberpunk before. Of course, you can see cyberpunk in games and movies. But it started from good old cyberpunk books way before we even could read them on tablets.

But just because you’ve heard the cyberpunk term doesn’t mean you know what it is or which cyberpunk books are the best.

This guide will show you what cyberpunk is and which cyberpunk books you should be reading right now.

Cyberpunk is a science fiction subgenre set in the future that tends to focus on society as “high tech low life.”

And this society features scientific and technological achievements like cybernetics and information technology, mixed with a level of radical change or breakdown in the social order.

The story also sets in a near-future Earth instead of far-future settings found in novels such as Frank Herbert’s Dune (which gets released by HBO Max on Sept. 3, 2021, by the way).

Usually, the settings are post-industrial dystopias while featuring great cultural unrest and technology in ways its original inventors never thought of. Most of the cyberpunk genre portrays film noir, and the genre’s written works rely on techniques from detective fiction.

We’ve listed some of the most recommended cyberpunk books below if you’re interested in the genre.

John Shirley has written screenplays, TV episodes, songs, novels, and collections. His horror stories have even won the Bram Stoker award. But he’s best known for this trilogy which started with 1985’s Eclipse.

In the book, Shirley uses intense Cold War colors to set a dystopian future taken over by the new Soviet Union.

The characters plant and steal memories, plug a biological form of flash drives in their brains to stop both an authoritarian government and an authoritarian invader controlled by an outside threat.

You can even find aerial drones and private corporate military that spy on civilians in the book.

The Altered Carbon was adapted into a Netflix series in 2018. But before that, it was a classic cyberpunk with surrealism, flash, and pulp-like action. In the book, people’s minds and memories are “backed up” to a cartridge found in the spinal column during their lives.

That cartridge helps to restore a person’s life in another body or “sleeve.” Takeshi Kovacs is a kind of detective within a society that’s hard-boiled and exploitative. But the community has arbitrary limits on the available technology. And that’s where Kovacs finds his job.

The book hints at the future of cloud computing, where rich people can offload storage of their minds to remote facilities to access anytime.

Perhaps, the Neuromancer is the most cyberpunk book. The book stars a drug-addicted cowboy named Cage and Molly Millions, an augmented razor woman who murders with no remorse. The story takes you to a planet that is so rotten yet so advanced.

Gibson’s writing style awakens this planet with such vividness that you may feel like you’re breathing the same air with Cage and Molly Millions.

Aside from Snow Crash, there are only a few wilder cyberpunk books. The book combines cyberspace with sword-fighting and historical Sumerian legends. And that’s not even the weird part.

Some people love Stephenson’s work, but others find it impenetrable. If you’re willing to let go of the simple storyline for magnificent worldbuilding, then this cyberpunk classic is for you.

In Snow Crash, Hiro Protagonist is a pizza delivery guy in reality. However, he’s a warrior prince in the metaverse. He pursues the mystery of a new computer virus that’s destroying hackers worldwide.

He chases down the neon-lit streets, searching for a virtual villain who threatens to end the world.

The year is 2044, and the only time Wade Watts feels alive is if he’s connected to the digital utopia called the OASIS. So Wade has dedicated his life to research the mysteries hidden in the OASIS digital boundaries.

These are puzzles from their founder’s obsession with all the pop cultures of years ago. The founder promises enormous fortune and energy to whoever unlocks them. However, when Wade finds the first hint, he’s targeted by gamers who are willing to take the top trophy.

The race begins, and Wade will need to win and then face the actual world he’s been trying desperately to escape.

This book is filled with topics and ideas. It’s set in the future where nanotechnology runs unchecked and has affected everything. Stephenson rarely writes cyberpunk books that are simple to read, but he can be persuasive in his writing.

If you’re searching for a remarkable book that challenges science fiction books, consider The Diamond Age.

This book belongs to the “Sprawl Trilogy” and occurs on the same planet as Neuromancer. Gibson astonishingly connects three separate narrative threads: A punk kid called Bobby Newmark dreams of becoming a cyberspace cowboy with the manager “Count Zero.”

A mercenary named Turner who’s an expert in defecting technologists in their business and the art dealer a collector hires to track a founder of a collection of art pieces.

Each story has its twist and turns and gives a nuanced take on existing issues from the world we live in.

This book concludes the Sprawl trilogy and occurs eight years after the latter occasions. The narrative focuses its attention on Mona, a young woman who has a shady past. Her world starts to crumble when it smashes with a famous Sense/Net celebrity Angie.

Angie can connect to Cyberspace with no PC. Both girls are in the center of a kidnapping plot planned by a mysterious entity with huge plans for them and the world.

There’s a high chance you’ve seen the anime movie Ghost in the Shell before. If you haven’t, give it a shot and see the small details with crazy cyborg violence.

The Ghost in the Shell occurs in the twenty-first century. And in the story, the line between machine and man has been blurred. Humans depend on improving mechanical implants and robots updated with human tissue.

Cyborg Major Motoko Kusanagi is tasked with tracking down the most dangerous cyber criminals and terrorists. And that includes ghost hackers capable of harnessing the human/machine port and reprogramming people to become puppets, eventually carrying out their criminal schemes.

When Major Kusanagi tracks the Puppeteer, the cybertrail of a master, it sends her to a planet beyond technology and information. On that planet, the very nature of an individual spirit and consciousness is turned upside down.

Anderson Lake is a business guy and undercover as a mill manager. He combs Bangkok’s street markets searching for foodstuffs that are supposed to be extinct, hoping to reap the bounty of missing calories in history.

That’s where he experiences Emiko, who is a Windup Girl, a gorgeous yet strange creature. Emiko is not human. Instead, she’s engineered and programmed to fulfill the self-indulgent impulses of a Kyoto businessman but left the streets of Bangkok.

Emiko is among New People who are seen as soulless beings and devils by people. New People are slaves, soldiers, and toys for the wealthy in a frightful future where calorie business rules the planet.

There is no more petroleum, and the side effects of bio-engineered plagues the world.

If you’re interested in cyberpunk books, these ten books are a great start. These cyberpunk books depict the upcoming development of technology and the web crucial in our everyday lives. It also constitutes the consequent dystopian society, including its people in a hard-boiled and mostly criminal underworld. And that’s an accurate depiction of cyberpunk.

In case you have college textbooks, laying around doing absolutely nothing apart from taking your valuable space, now you can get rid of them and make money through BookDeal! Sell textbooks on BookDeal for the best price and get your guaranteed payment.

7 Places to Sell Textbooks in Tampa

Amazon Textbook Buyback Program Closed: Here’s What To Do